MAKING A SOLID START WITH A NEW EMPLOYER 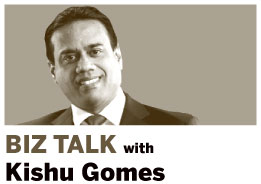 I think the early days are when your boss and colleagues form the most lasting impressions about you. This is when they make assessments about your ‘typical’ behaviour – the ‘type’ of person you are.

If you have any punctuality or any other visible behavioral issue in the first few days or weeks, you’ve already lost a significant battle. They may lose confidence in you. People will take you as seriously as you seem to take yourself; and your work.

I don’t mean to say try and be perfect. Most employers realize that there is a learning curve for most positions. So, there is often an unofficial grace period while you settle into your job.

In theory, you should have done your homework during the interviewing process, but there is always more to learn when you are within. Don’t think and act as if you know more about everything than your peers who have been there for long. Put in an effort, discover everything about your new employer quickly enough.

You should never underestimate the importance of dressing professionally in your new job. Dress how you want people to perceive you because it plays a huge role in how you are initially treated.

Your looks and dress are your representation to them. Nothing works better – in all situations – than having and expressing a positive attitude. Let your enthusiasm for being part of the team and the organization show to everyone you interact with.

You are now part of a work team, and teams work together to solve problems and get the job done. Show loyalty to your co-workers and focus more – initially at least – on sharing any recognition you get with the team. Always give credit to the team.

No one expects you to solve all the organization’s problems on your first days on the job – nor that you know everything – so, relax a bit, and always ask questions or ask for help when you need it. Remember that it’s better to ask before you’ve completed the task the wrong way and wasted all that time.

Unless you have a photographic memory – and only a few of us do anyway – consider taking notes on all the various systems, processes and rules of the organization. And no matter how boring they may sound, attend all orientation sessions.

Nothing gets old faster than someone repeatedly asking how something works; such behaviour shows a lack of attention to detail.

Listen, Listen, Listen . . . don’t act like a know-it-all right off the bat. When we are new to the organization, it’s better to listen than talk.

Getting feedback on the initial work done will allow you to get the alignment needed.

It may be the same activity you have done for the previous employer but the way of doing may be different for specific reasons. So it’s important that you get feedback from the co-workers and the leaders.

A solid start is critical to build a solid career. Allowing negative perceptions to foam and trying to change them halfway down the road is a waste of time and effort even if it’s possible to change. Doing it ‘right the first time – the right way’ is the best way forward.

Edit your profile or check this video to know more

10 Ways To Improve Your Communication Skills

EMPLOYMENT OF MILLENNIALS IN THE HOTEL INDUSTRY

ObserverJOBS™ is the only recruitment product that brings together print, web and social media to create a comprehensive, easy to access employment network with the largest database of job opportunities and the widest coverage of all districts in Sri Lanka

10 Rules for a Successful Job Interview